From Beauty to the Beast: Google+ Profile Picture Changes

Google has recently implemented a radical overhaul to the styling of the cover and logo photos on Google +, which initially, seemed like unnecessary tampering. After rearranging our images and exploring the various new aspects to the layout however, it would seem that the updated changes are worthwhile. In fact, as of yet, the new version appears considerably better than the original, even if it does require some effort to switch to.

This does mean that the picture dominates the majority of the screen but automatic resizing of the logo/profile pictures when scrolling down the page is a somewhat redeeming feature. As people scroll they will still be able to see a bar showing the bottom of the cover photo and a rationalised version of the profile/logo picture.

The initial design featured the logo to the right, and it was presented in a square shape. Now, the logo sits to the left and is circular. This will undoubtedly cause some problems for people who do not regularly check their account because the new design has been rolled out without notification. This means that some users may discover that important parts of their cover photo have been blocked out by their logo as demonstrated here:

At first, we were also concerned that the new circular design of the logo would not lend itself very well to some user’s logos, especially those that feature long names. Such logos were well suited to the previous square shape. However, upon further inspection, we discovered that it is possible to make the background of the circle transparent so that only the logo itself appears over the cover photo without a surrounding white circle. This provides a much better finish both than with the circle and the previous rectangular shape:

Lastly, the new changes have been extended to other areas, significantly tidying them up. Now, when hovering over people in your circles, their profile picture or logo sits centrally in the foreground with their cover photo as a backdrop and their information underneath.  This makes for a design which is neat, concise and much more professional looking than the previous layout. Your logo background colour will remain consistent so if you have chosen a white background or made it transparent, these choices will still apply:

However, if your cover photo is predominantly white;
it will be greyed out when someone hovers over your profile: 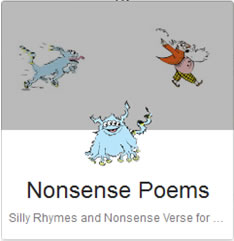