According to Google’s ‘ About Doodles’ page, the Google doodles have been going strong for almost 15 years after the very first design was created in 1988 to celebrate the Burning Man festival. After this, more designs crept onto the Google site, usually celebrating well known holidays. Now however, the doodles celebrate a vast array of events, past and present as well as ‘birthdays’.

Google may have endeared itself to its users with its quirky or interactive doodle designs but the irksome use of the word 'birthday' when they mean to celebrate an anniversary is a source of great frustration to us. A birthday cannot be celebrated after the death of a person; when someone dies it is no longer possible for them to have a birthday, an anniversary of their day of birth perhaps but that’s it. Google infuriatingly continues to clock up the birthdays of the people it chooses to celebrate. So far we've had the pleasure in the last few years of celebrating Frida Kahlo’s 103rd birthday, Charlie Chaplin’s 122nd and Charles Dickens’ 200th amongst others. If this weren't irritating enough, on the ‘About Doodles’ page, Google itself acknowledges that the doodles celebrate anniversaries; wouldn't it be better to tag them as such to make it a more fitting tribute? While paying homage to a particular person’s contribution to society or science or anything else might be admirable, we think their achievements should be the focus, not how old they would have been one particular year.
Posted by Unknown at 11:44 No comments:

Positive reviews or comments on your articles and blogs are extremely helpful as they can boost your online reputation, increase the trust factor for prospective clients and just generally make your business look good. It is unsurprising then that many business owners have found the idea of writing their own under a false identity rather attractive, an action which would earn them the slang title of internet ‘sock puppet’.

In the last couple of years many well respected authors have faced a tremendous backlash after accusations from other writers outed them as sock puppets.  Many authors have had to publicly apologise for writing exceptionally complimentary reviews of their own books on Amazon under false identities. Perhaps even worse, sometimes they have been guilty of using these identities to disparage rival authors. Certainly such immoral behaviour throws an author’s integrity into question but it also ironically undoes the good that genuine, sincere reviews would do, instead crushing an author’s credibility well and truly.  Unfortunately, fake reviews extend well beyond just the literary community and businesses in all spheres are attempting to better their reputation with dodgy testimonials and comments.

As competition increases to have the highest rating products, businesses are even going one step further and are employing individuals to write the reviews for them. According to the Guardian, usually this work is given to overseas computer science graduates who are capable of making each review appear under a different name, email address, internet provider and appear as though it were posted from within the UK.

There are a number of dangerous consequences to writing your own reviews the most obvious of which include damaging your brand, reputation and losing the trust of your customers. Furthermore if you do it on a review site and are caught, you may well find yourself banned from the service and therefore unable to compete with any competitors using it. Some review sites such as Yelp even use specially designed computer filters to identify fakes in order to name and shame the companies responsible.

Clearly, the practice of writing illegitimate reviews or getting others to do the dirty work for you is frowned upon but is it legal?  The Advertising Code as set out by the Advertising Standards Authority (ASA) strictly prohibits advertisers from implying that they are a consumer and according to the ASA, the act of posting fake reviews is likely to be illegal under consumer protection regulations.  Because of this, perpetrators could well be investigated by Trading Standards, which would certainly be an unwelcome blow to a business’s reputation whether found guilty or not.

Even though many review websites or consumer sites such as Amazon are taking action against fake reviews, it is still an increasingly common practice. It is however a dangerous one and the damage you could do to your business if caught makes it entirely not worth the risk.
Posted by Unknown at 11:30 No comments:

As we explained in a recent post, your online content is protected by the Digital Millenium Copyright Act (DMCA) but you may be wondering if there is anything you can do to stop your content being stolen. Unfortunately, a few people have realised that website owners are often concerned about their material being used on other sites and have decided to capitalise on this by creating DMCA certification sites.

For the most part DMCA certification sites do not offer a useful service. Usually, you will get a worthless badge or certificate which states that your site is DMCA protected (which it is anyway) so under no circumstances should you ever consider paying for the privilege of advertising this company’s protection of your site.

As we mentioned in a previous post, Copyscape offer a great service and they too give you a badge for your site if you get the premium option. While the badge itself is not especially useful, this service does actually provide daily scans to check whether your work has appeared anywhere else on the web and logs the information for you on a dashboard. From this dashboard you can send off your DMCA complaints. While you would have to pay for this service, you do actually get some useful benefits out of it as opposed to from some other sites which effectively get you to pay for something you don’t need.

Our advice is to track your content carefully with a trusted site such as Copyscape and if you are having trouble keeping up with your DMCA complaint notices, it might be worth upgrading to a more comprehensive service. However, take care to avoid spurious sites which to all intents and purposes exist only to scam under-informed people out of their money.
Posted by Unknown at 10:11 No comments:

How To Get A Company Onto Wikipedia

Have you ever wondered why some companies have a Wikipedia page and other companies of the same size or stature don’t? It can be difficult to get companies into Wikipedia as it is not a simple matter of just writing some copy about the company in general and submitting it; there are specific rules and guidelines which must be followed.


Should Your Company Have A Wikipedia Page?
For a company to qualify for a Wikipedia page it must have achieved something of note, for example by being recognised for its innovation, for being a household name or well known brand or for being an important player in its field. The Wikipedia ‘Notability’ page explains this in further detail by outlining the guidelines the editors use to determine whether a company is ‘worthy of notice’. A topic is only deemed notable if there is sufficient objective evidence to suggest that there has been significant coverage or recognition of the topic. Without this, a topic will be rejected. 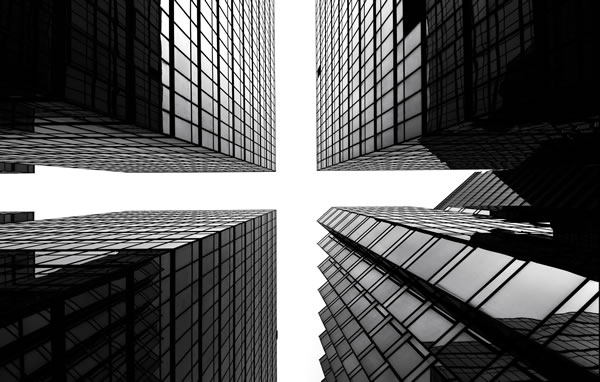 How Should Your Content Be Written?
It must be stressed that promotional material of any kind will not be accepted and advertising will probably get you penalised through blocking or banning. To avoid this, content must be objectively written and completely unbiased so that you cannot be accused of misrepresentation.  Wikipedia describes this policy as the ‘neutral point of view (NPOV)’ policy and as a core Wikipedia principle, it must be adhered to by writers and editors.  Wikipedia also provides guidelines to help with editing or writing articles when you have a conflict of interest.


A good strategy to take when trying to write content for a company for Wikipedia is to stress the longevity of the company. Demonstrating an interesting development and progression of the company is also useful and it is important to keep the material factual for example stating when the company was founded and who founded it.  If you start with these initial details, it will provide you with a good basis to add to.
References


The notability of your topic must be verifiable through citations included in the text and reliable sources. As a general rule, Wikipedia deems sources with no editorial control as unreliable so self-published articles, blogs and web forums are unlikely to help your topic achieve notable status. Books, magazines, scholarly journals and newspapers are all good sources to reference and are much more likely to be looked upon favourably. If you cannot find reliable sources which include detailed information about your topic then it is extremely unlikely that your topic will be accepted as suitable for a Wikipedia page.
Posted by Unknown at 09:29 No comments:

How To Write A DMCA Take Down Notice

Unfortunately, a cease and desist letter might not have the required effect when it comes to online copy infringement but this is not the only course of action available. Victims of copy theft can send a DMCA (Digital Millennium Copyright Act) take down notice to the offending website owner’s Internet Service Provider (ISP) in order to get it removed. An ISP must comply with the DMCA in order to ensure that their protection against liability, which exists within the Safe Harbour provision, is retained. The act states that ISPs must remove materials from the websites of their users if it violates copyright law and this must be done within a reasonable amount of time after the ISP has been notified of the breach. 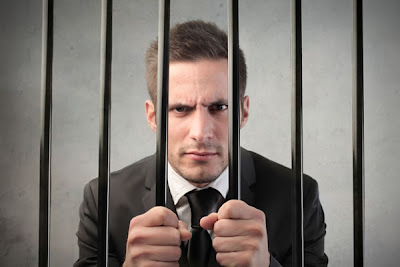 A formal take down request must be made in writing and the notice should be structured correctly. There are several specific details which are requirements and therefore have to be included:

What happens after you have sent your notice?

If the information you have provided is correct and you are successful, the offending content will be taken down:

Google posts all details of any notices on the Chilling Effects website (www.chillingeffects.org) so you can view the results there if you have been dealing with Google.  The names of individuals are always excluded but all other details are recorded including both the sender and recipient information as well as details about both websites.